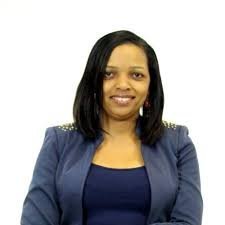 Alice Aluoch is citizen of Kenya. She is married to Brian Aluoch. She holds a B.Sc. in Information Technology and a Diploma in Project management from Jomo Kenyatta University of Agriculture and Technology. Her professional background in technology is as a Network Engineer.

Alice has a Leadership Certificate from Maxwell School of Leadership.

She served as a Global Youth Ambassador for A-World at School in Kenya in 2014; an organization that is working to get every child in school and Learning.

She is a recipient of a three-year fellowship from the Vital Voices (Washington DC), and was part of the 4 cohort of the Muriel E. Gilman Women in Action Delware Program. She is also a winner of the Social Entrepreneur of the Year Award from the StartUp Africa Conference in Delaware. Startup Africa’s Entrepreneurship Awards is Delaware’s largest annual gathering which celebrates Africa’s best and brightest entrepreneurs.

A woman wearing many (successful) hats; Alice Aluoch is the founder of Mfarji Africa. Mfarji’s mission is to improve the lives of Kenyan girls by helping them stay in school and complete their education. Earlier this month, Mfariji Africa won the Mpesa Do More Campaign. Congratulations!

In 2008, she joined Karibu Telecom as a Customer Support Engineer. She  was also alead team in Alvarion Wimax where she rolled out streamlining Quality Assurance for a one year and seven months.

As an IT Service Coordinator at Zote Telkom In 2010, she provided maintenance and development of bug fixes and patch sets for web application. She ensured success of automated continuity functions of backup, access control, server logs and power protection.

In August 2010, Alice joined West Indian Ocean Cable Company as their Network Engineer. She was responsible for the network support of over 100 links served by EASSY submarine cable reaching to London and beyond.

While working as a Network Engineer, she successfully implemented a backup satellite project for a network management system in 9 African countries.

Presently, she is impacting the world of young girls in her home country Kenya, through a project called Mfariji Africa. Mfariji improves the lives of Kenyan girls by helping them to stay in school and complete their education through mentoring, menstrual health and hygiene training and provision of sanitary towels. Mfariji Africa’s main programs include The Sanitary Sanity Campaign (SSC) and Mfariji Clubs. The Sanitary Sanity campaign’s goal is to sustain disadvantaged teenage girls or those from poor social and economic background in school throughout the month by provision of sanitary towel without having to lose days off school during menstrual flow. Incredible work!

Why TechHer Loves Her

Alice Aluoch has strongly impacted social innovation, community building and rural development in Kenya. We see her as an advocate for the girl child and women on several issues affecting their lives such as poverty, education and entrepreneurship. Our hearts are so full of pride!