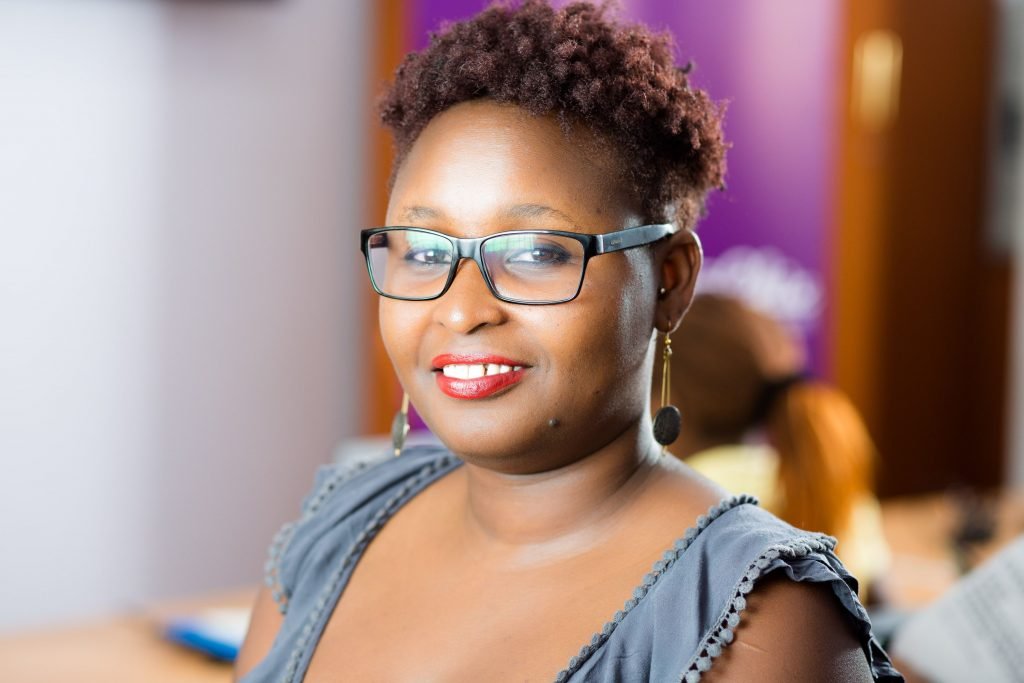 Miss Marie Githinji, a 32 year old Kenyan nationale is the Co-founder of two groundbreaking startups called eLimu and Akirachix. She is very passionate about IT and inspires innovation among women working in this space. She is an IT Freelancer, coder, facilitator and speaker at leadership camps. She enjoys Cricket and her favorite player is Sachin. Miss Githinji loves her job because there is always something new to discover and learn every bit of the way; the casual factor of wearing jeans and t-shirts and the change that happens in the industry at the speed of light.

In her spare time, she loves watching movies. Marie got interested in programming while she was in high school and she figured out the career path to follow.

Miss Githiniji is a co-founder and Outreach/Communication Advisor at Akirachix; a networking, mentor-ship and training platform for women interested in technology. They started off with 8 women and presently they have more than 800 women on their mailing list.  It is a social enterprise to teach girls and women tech skills.

eLime is a platform she co-founded to help Kenya primary school children learn by using a rich digital content such as Quiz and Animation that simply explains financial literacy, Civic and Social lesson on Citizenship and Kenyan’s constitution. It is one of the most talked about EdTech innovations in Africa.

The project is piloted in four schools and several libraries in Kenya.The website contains thousands of lessons.

She is also a Program Manager of Infonet; a technology innovation facility that empowers citizens and civil societies in service delivery and democratic governance with the aid of technology.

While working at Infonet in December 2013, she led a team that created a budget tracking tool called ‘Ugatuzi’. Ugatuzi helps citizens engage in public finance management. Ugantuzi also attempts to provide an open data system and information platform for citizens to actively engage in such process beyond being whistle blower’s.

Marie worked with Ushahidi as a senior developer. Ushahidi is a non-profit tech company that develops free and open-source software. Ushahidi was developed to map the post-election violence in Kenya. She was part of a team of 24 that managed the “Testing and User Experience Feedback” of Ushahidi Version 3.0 alongside its re-branded website.

Why TechHer Loves Her.

Marie is not intimidated by the male dominated industry. Rather, she puts in more energy and has so much drive to influence her society positively through technology.

Her zest and intelligence to have more women embracing technology and use it as a tool to solve societal problems has been portrayed through several successful programs; free training’s on IT courses and other platforms she has co-founded.