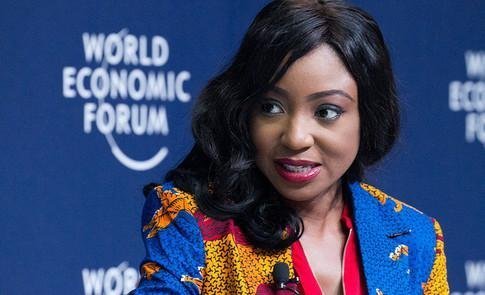 Oluwayimika Angel Adelaja was born on August 17, 1983 in London, England. She moved to the United States with her parents at the age of 3. She attended Math and Science charter school. She also attended Temple University where she received her Bachelor’s Degree. She has a PhD in Epidemiology from Michigan State University.
At a young age, Angel Adelaja already knew she was meant to make impact on the world through health services.
In a nut shell, we can say that Angel Adelaja is an innovator, a community and change developer who formulates inclusive growth strategies for governments and organizations. She focuses on women and youth empowerment. Angel utilizes grass roots campaigns, technology, and innovation to assist these groups in solving global issues.
She is one of the founding members of the French Speaking Professional Organization. In school, Angel became the first community service chairperson for the Organization of African Students. Her duty as a community service chairperson include to set up events that would become an outreach to the surrounding Philadelphia community in addition to teaching the diverse African cultures. While still an undergraduate, Angel also served as a Resident advisor to new in-coming students.

Her work:
Angel has handled several roles as follows:
From May 2001 – August 2001, she was a Laboratory Intern at the Department of Molecular Neuropsychiatry, National Insitute on Drug Abuse at National Institutes of Health.
She was a Research Assistant and Pre-doctoral Fellow at Michigan State University from August 2006 – December 2007 and September 2007 – December 2010 respectively.
Between June 2013 – October 2014, she was the Special Assistant to the Senior Special Adviser to the President on Poverty Alleviation and National Coordinator of the National Poverty Eradication Programme (NAPEP).
From October 2014 – December 2014, Angel was the Senior Special Adviser to the President on Wealth Creation.
In October 2009, She became the President/Co-founder at UNIHIV. UNIHIV is an organization that promotes HIV/AIDS awareness and garners support in the community. The word UNI, meaning ‘ONE’ and the word HIV simulate the fact that we are ‘ONE’ in this cause as we educate and promote the awareness of this disease which affects all races, ages and gender.
In May 2014, She founded Fresh Direct Produce and Agro-Allied Services; an indigenous agricultural production and processing company. The company brings communities and advanced technology together. This is aimed at providing exquisitely grown organic fruits, vegetables, meats and processed end products. The goal is to create pathways to entice other young people into profitable agricultural ventures, empower them with employment and finally strengthen them to also be successful future employers of labor.
Angel is also the co-founder of “We Farm Africa”; a Not For Profit agricultural organization that focuses on collective action to ensuring a better future for Africa through sustainable agriculture.
She was also a Technical Assistant and Research Consultant to the Director General of the Office of Economic Development and Partnership in the Office of the Governor of the State of Osun.

Why we love her:
With a background in epidemiology, Oluwayimika Angel Adelaja has harnessed her skills to help empower youth and women. She also realises the power of technology in achieving so much at a short period of time. She is interested in youth empowerment and ensuring that they become successful future employers of labor. This is something we are excited about.