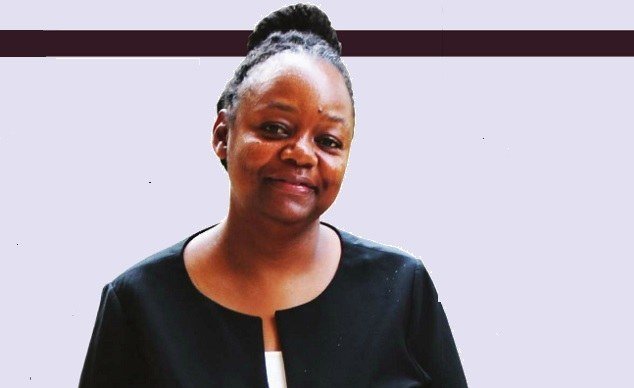 Even on an impressive list of women doing ground-breaking work in the areas of science, technology and innovation for development and change in East Africa, Dr. Dorothy Okello’s name and achievements still stand out.

A Ugandan engineer, academic, and activist, Dr. Okello has made it her life’s work to increase the inclusion and participation of women in using information and communication technologies (ICTs) to address development challenges in Uganda.

She is the founder of Women of Uganda Network (WOUGNET), a platform with a mission to promote and support the use of information and communication technologies by women and women organizations in Uganda. WOUGNET works to create a society in which women are empowered through the use of ICTs for sustainable development.

Dr. Okello holds a B.Sc. in Engineering (Electrical – First Class Hons.) from Makerere University, the first woman to graduate with a first class in the male-dominated Electrical Engineering department at her university at the time. She also has a M.Sc. in Electrical Engineering from the University of Kansas, United States (Fulbright Scholar), and a Ph.D. in Electrical Engineering from McGill University, Montreal, Canada (Canadian Commonwealth Scholarship Recipient). She is the immediate past president of the Uganda Institution of Professional Engineers (UIPE), the first woman to hold the position and has served on the UIPE Council since 2010. She is a member of the Institute of Electrical and Electronics Engineers (IEEE), and served on the 2018 IEEE Ad Hoc Committee on Activities in Africa (AHCAA). She has also served as a Commissioner and an Interim Chairperson with Uganda Communications Commission (UCC), where she also served as Chairperson for the Rural Communications Development Fund (RCDF). She is also an Adjunct Member of Faculty at the Institute of Technology in Carlow, Ireland.

From 2008-2009, she was a Member of the Strategy Council for the United Nations Global Alliance for ICT and Development. Dr. Okello worked as an Assistant Lecturer in the Department of Electrical Engineering at Makerere University and as a Lecturer in College of Engineering, Design, Art and Technology (CEDAT) from 1998-2013, where she taught courses on Information and Communication Technology, Telecommunication Systems and Wireless Propagation. She became a Senior lecturer at Makerere University in May 2013.

She is presently the Dean, School of Engineering, College of Engineering, Design, Art and Technology (CEDAT), Makerere University where she is also a Senior Lecturer in the Department of Electrical and Computer Engineering. She is a Researcher with netLabs!UG, a research center within the Department of Electrical and Computer Engineering that seeks to be a leader in collaborative research, development and solutions on innovative telecommunication and networking technologies with a goal to strengthen the innovation ecosystem in Uganda and across East Africa.

In addition, she is the Director of Innovation, ResilientAfrica Network (RAN) hosted by Makerere University. Supported by USAID, RAN is a multi-disciplinary network of 18 Sub-Saharan African universities that seek to identify, develop and scale innovative solutions in science and technology to strengthen the resilience of African communities.

Dr. Okello has been recognized with a number of international and national awards over the years including as a ‘Top ICT Woman – Uganda ICT Excellence Awards 2009’ organized by the Uganda ICT Forum. She has been featured in 12 Top Technology People in East Africa who are technologists with a social twist by Enterprise Technology Magazine, September 2012. She received the Women Achievers Award in 2012 for enhancing women’s empowerment through Science & Technology. In 2013, she became Africa’s first-ever Digital Woman of the Year, an award given to her at the Africa ICT Days gala ceremony for the Digital Woman Award finalists that took place in Yaoundé, Cameroon. In 2014, she was selected as a Vital Voices Fellow for distinguished emerging and established women leaders who promote women and girls’ progress.

In addition to being activist in the area of getting more women engaged in the information society, science and technology for development, Dr. Okello has and continues to break through the glass ceiling in male dominated spaces. She continually sets the standard for what women working in science and technology in Africa can achieve.